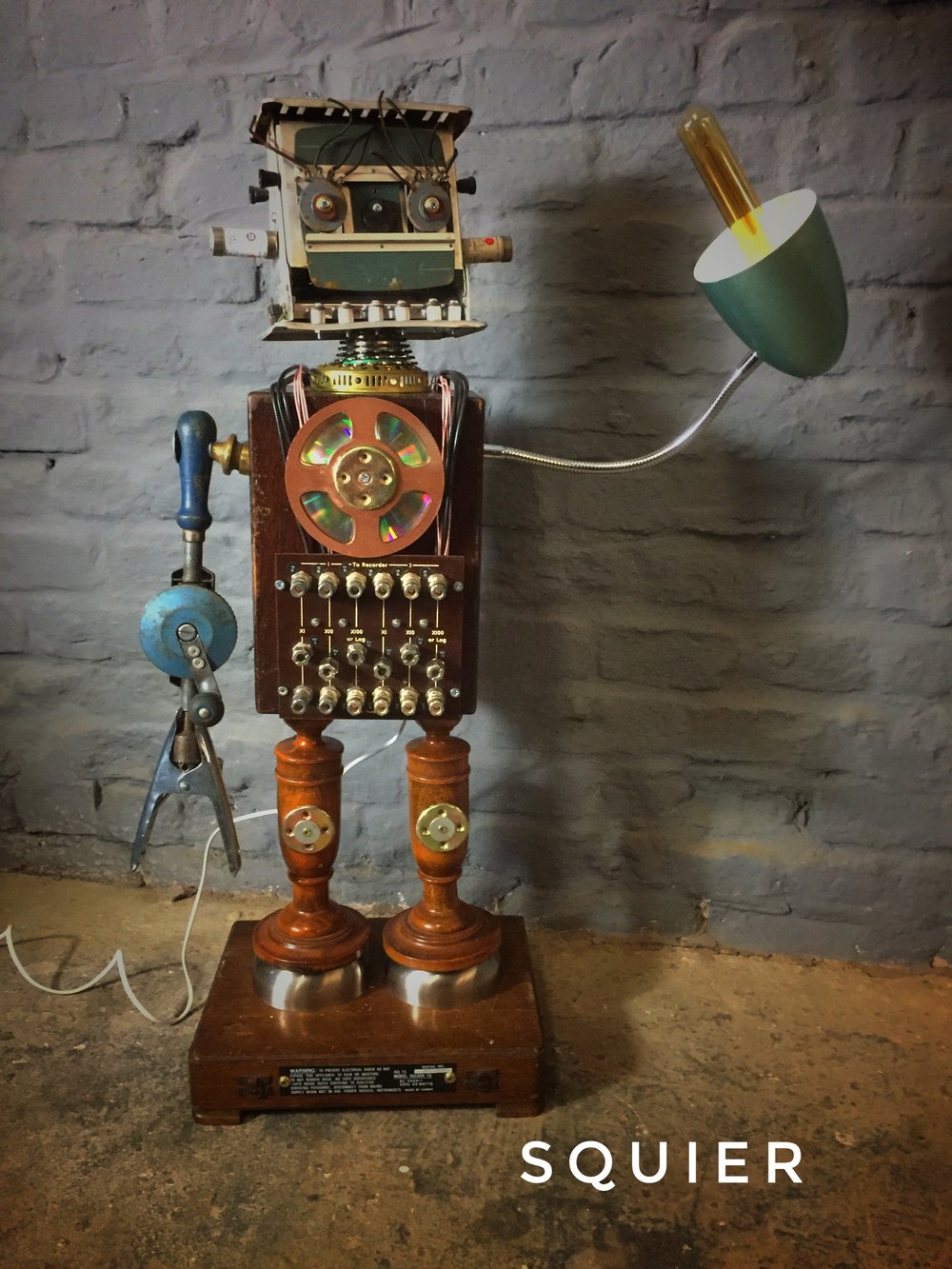 Squier is not a typo-it says it on his description panel on the base. He’s probably missing an E after attending the Roborave at Dumplington-on-the-Ferret last week where he met his new besties Flooble, Nudge and Macapacca. After the after party and some After Eights and they had some afters and he reckons he might have lost it after that. Or Macapacca might have taken it which might explain his odd behaviour in In The Night Garden. (If you don’t know what this is then it’s a BBC1 Childrens programme that’s a bit like watching TellyTubbies on Ketamine).
When he’s not taking illegal substances and hanging out with weird characters, Squier mostly enjoys licking armpits, growing crystals and attracting moths. His dietary requirements include WD80 (twice the strength), dog treats and buttered parrot.