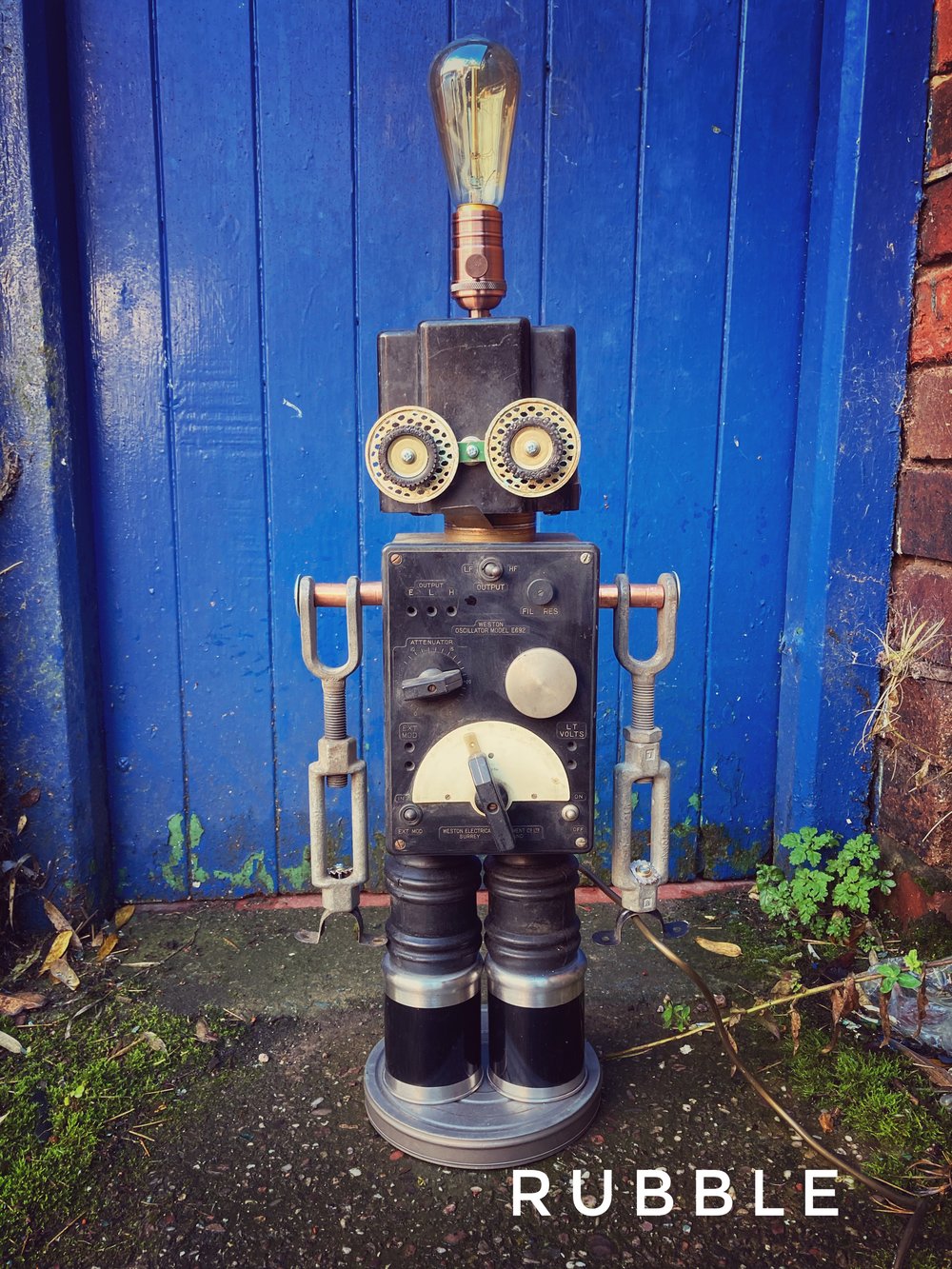 Small but perfectly formed Rubble is a robot who has the largest collection of dogging memorabilia in the UK. His collection includes a tartan flask that belonged to Slack Betty, a shammy leather that wiped the windscreen of Big Mikes Citroen Berlingo and the gearstick from the Renault Megane that played a pivotal role in what became known as the great Slippy Soggy Bottom Session that took place in the TK Max carpark in Digburth in 1987. When he’s not collecting memorabilia, Rubble likes watching reruns of Rainbow, tickling Smurfs and making hammocks out of old men’s y-fronts. He needs feeding on Flash Wipes, baked beans and pumpkin seeds. He’s 70cm tall.