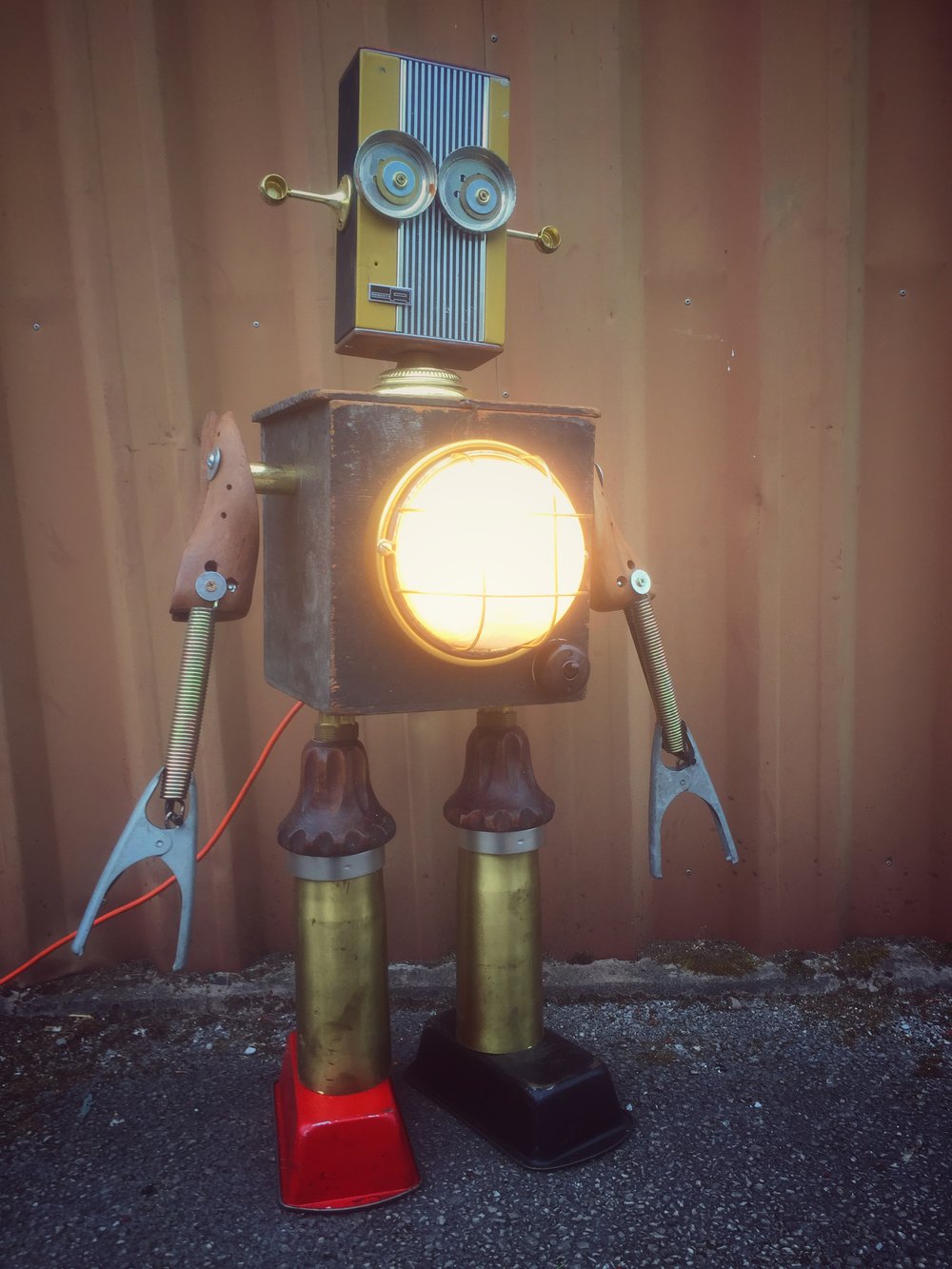 Redfoot got his red foot after he went for a complete respray and the spray machine failed. He needed a respray due to the fact that he got covered in Vaseline and Marmite after a funked up game of hide the sausage with Mrs Bunkup from no.45 went disastrously wrong. When he’s not hiding sausages, Redfoot mostly likes caving, carving and caravanning. He has a strict diet of fish fingers, Haribo and port. Never give him Marmite as it brings him out in an anxiety rash. He stands at 90cm tall.