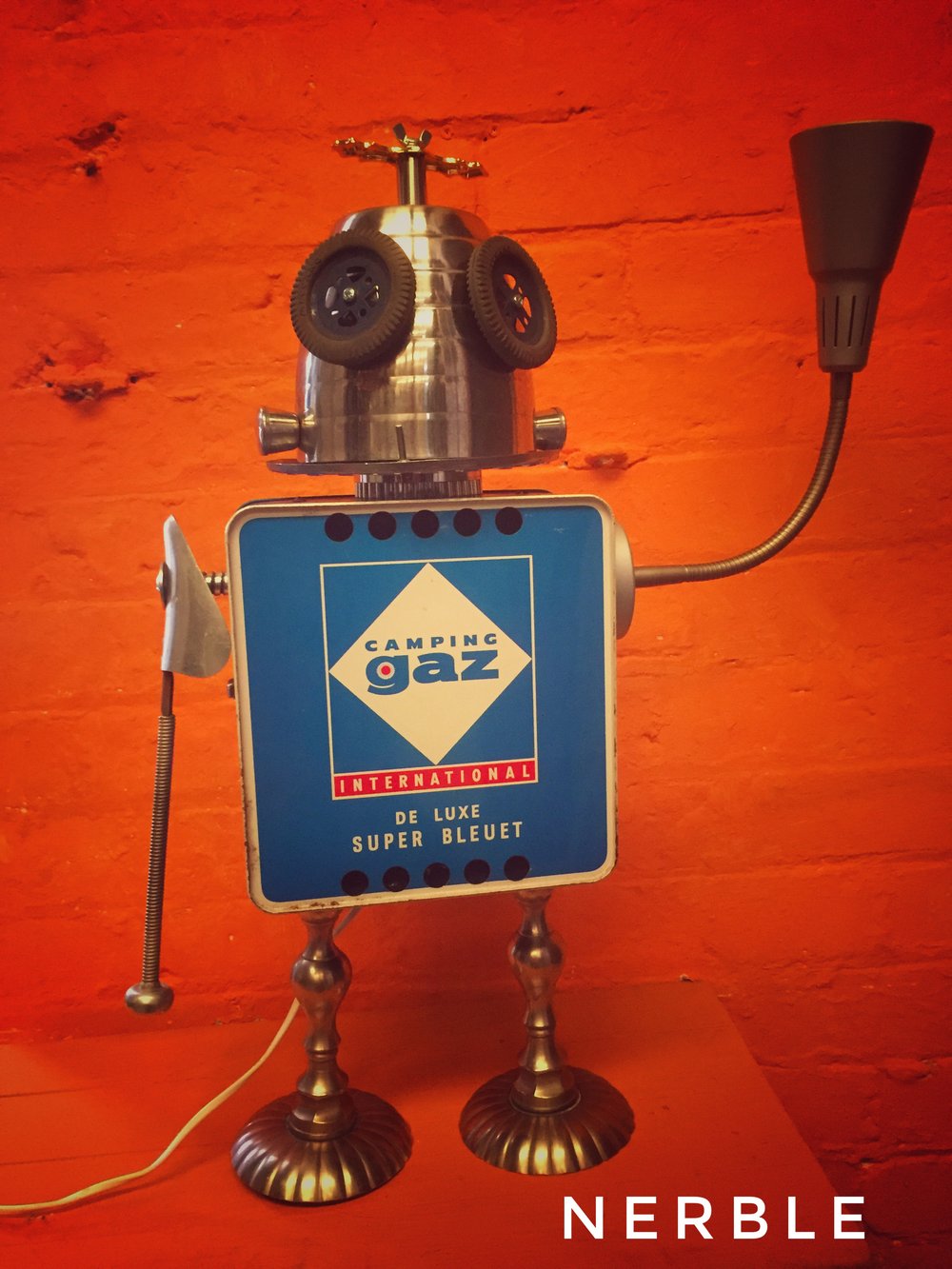 Nerble was made in Sandbach by a skilled engineer who is, despite only being 50cm tall, very adept at his job. Said engineer has a few issues when building the robots he makes (giving them heads is particularly difficult). Despite all this, Nerble turned out well, apart from his funny tooth that was caused by a problem with the engineers angle grinder when he was installing the mouth. Now Nerble is operational, his main job is to glue dummies to babies so they don’t lose them. His favourite food is Blue cheese and he loves the odd blue movie.