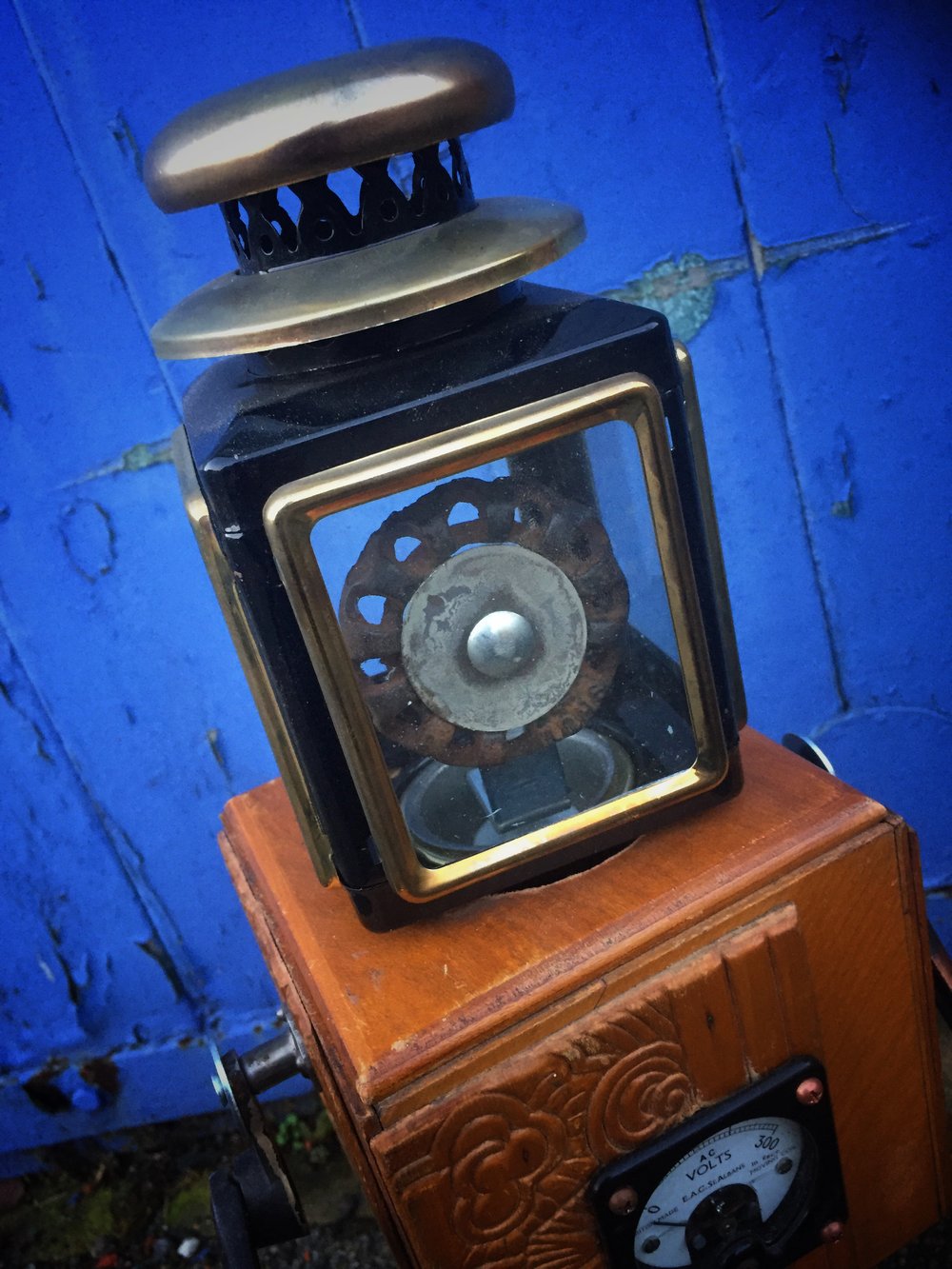 Buggerlugs was once in the Booblemufflers, a specialist group of robots who fought in the Bumnumb Wars on the planet Grumpf in the 1950’s. Buggerlugs’ speciality was getting the opponents to set their own pubic hair on fire using hypnotism. He used to have 2 eyes but he lost one when he accidentally hypnotised himself, set his own pubic hair alight, then poked himself in the eye with the sharpened arm of a Barbie Doll. When he’s not doing all that he mostly loves cooking using pine air fresheners, woodchip and Marmite. He stands at 55cm tall